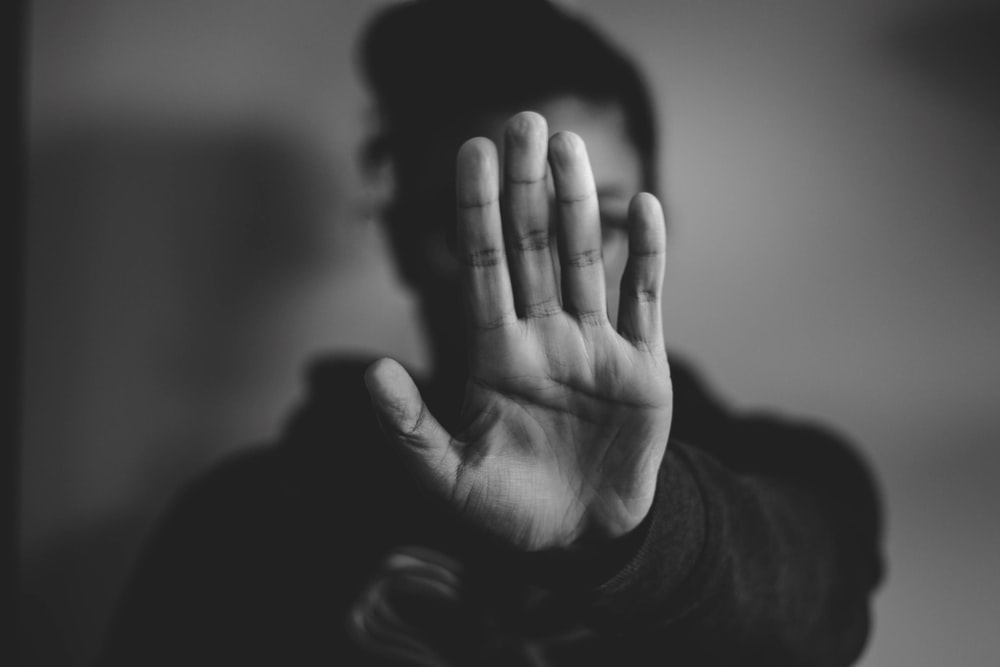 “The word of the Lord came to me: I chose you before I formed you in the womb; I set you apart before you were born. I appointed you a prophet to the nations. But I protested, “Oh no, Lord God! Look, I don’t know how to speak since I am [only] a youth.” Then the Lord said to me: Do not say: I am [only] a youth, for you will go to everyone I send you to and speak whatever I tell you. Do not be afraid of anyone, for I will be with you to deliver you.”  Jeremiah 1:4-8

These three little words made me pause and think. In this text, God was telling Jeremiah some magnificent and wonderful truths. Jeremiah was chosen to be God’s child before the foundation of the world. And just like Ephesians 2 says, all the works he was called to do were prepared in advance for him. God had a purpose and a plan for how Jeremiah would best glorify Himself, and God was revealing that to him in plain language. Can you imagine God talking to you and telling you exactly what you were going to do?! I think we all can admit there are days that we would like just that!

Yet, the response is anything but thankfulness, praise or even a hint of excitement. Instead, he utters those three small words….”but I protested”. Jeremiah had what he believed was good reason for why he could not live out the life that God was calling him to. He must have thought his argument was a fair one to have uttered it before God Almighty. I read those words and wondered, “What was he thinking?!!!”

And then God pushed me off my pedestal of pride and opened my eyes to see that I utter those three little words almost every day, sometimes multiple times a day!

God has given me the gift of Himself, chosen me before the foundation of the world, and appointed me to spread the surpassing value of knowing Him as I live out my life as a wife, mother, daughter, sister, and friend. Each and every day was planned out for me before one of them came to be.

-I know she needs help…but really…there’s got to be someone else who cares, too.

-I want to live my life serving the Lord, but does it have to involve giving up another day off? I just need a break.

-The demands of wife and mom can feel so great, and the thanks seems so small. I’m just not sure I care about being a “Proverbs 31 woman” at the moment.

-My plan is better than what Bryan wants to do. I know that I am supposed to submit to him and respect him…but, seriously, this is a no-brainer and it’s not that big of a deal to give some serious push-back.

-I know that all that God does is for my good and His glory, but I just can’t see the purpose of this “situation” or the good that it will accomplish. It doesn’t make sense to me and I can’t find any reason to give thanks.

….and there are a hundred other scenarios just like these. So many big and little ways that I protest what God is doing in my own life…often, without even realizing I am doing it. I have believed my own protests and justified my own arguments.

But by God’s grace, this is not the end of the story God is writing, just as the Bible verses above do not end with Jeremiah’s protest. God has the final word…and His Words bring great hope! He doesn’t walk away from Jeremiah and deem him a lost cause. He doesn’t raise His voice in anger and frustration. He rebukes him and then repeats Himself. He tells Jeremiah that he WILL do all that God asks of him…and the reason he can do it is because the Lord is WITH him. His weakness would beautifully highlight God’s strength! Jeremiah is simply the vessel by which God would accomplish His purposes.

“I declare the end from the beginning, and from long ago what is not yet done, saying: My plan will take place, and I will do all My will.”  Isaiah 46:10

God does the same with my protests. Through His Spirit, He leads me back to His Word; rebuking me, instructing me and reminding me that it’s not all about me, it’s all about Him. He shows Himself powerful in the midst of my weakness. Then, He continues to give me glorious glimpses of the treasure that He is so I’ll humbly keep remembering that I am “just the clay”.

Jeremiah’s ministry was a hard one, there is no doubt about it. He isn’t called the “Weeping Prophet” for nothing. Yet, in God’s wisdom and sovereignty, He chose Jeremiah to proclaim His Words and truth to His people and magnify the greatness of His name in the midst of the “hard”. Oh, that our prayer would be nothing less. No matter how difficult the calling, or the moment, or the day…I pray that our own protests would turn to praise and Christ would be lifted high in our thoughts, words and actions!

One thought on “From Protest to Praise”